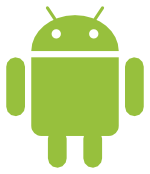 Android is open source, at least the core android is.

However, the whole ecosystem is still closed by Google. The hardware isn’t open either, and if you just want to use “stock” Android devices that you can buy, then a lot of the built-in Apps require a Google account.

So what happens if Google closes down your account and warns you in bold letters to not try and open a new one? You’re on your own. Submit all the identity documents they request, like passport and utility bill? No response. Write an email to any of their support addresses? No response. Fill out dozens of web contact forms in their help? No response. Call them after you have found a US phone number only visible when the help language is set to US? “We apologize for any inconvenience…”

Want to give your hard-earned money to google for one of their devices but they don’t want it? Running after them trying to get your account unlocked? How silly is this.

Maybe it is comforting then that you are not alone